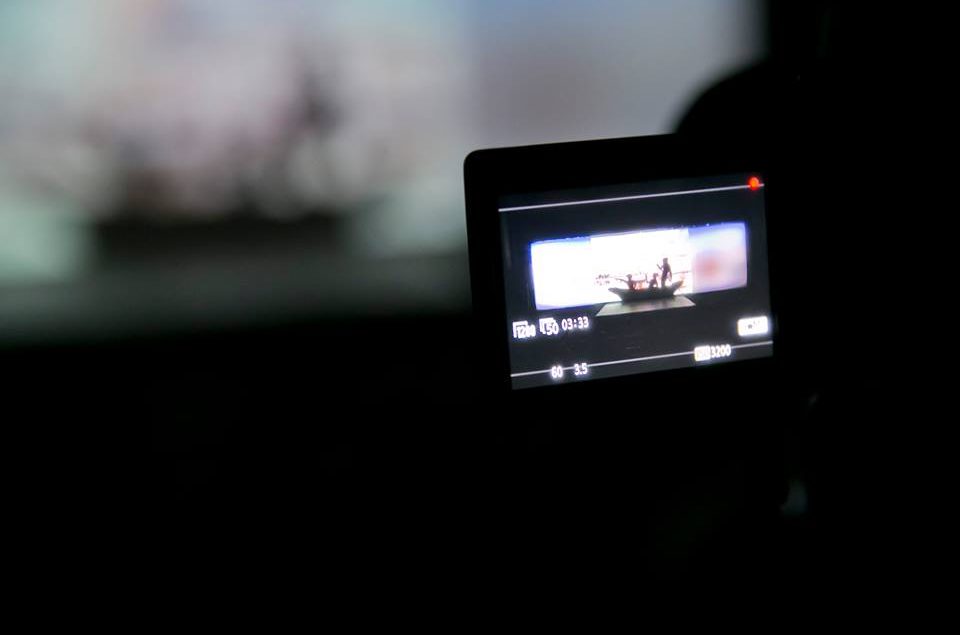 If you missed the first part of the memories, press here …

Taking this opportunity, we want to remember some things from the past. End of the year – time to summarize. Let’s start.

Winter – the time of fairy tales. It is about the “Winter fairy tale” from Teulis shadow theater. Jan, had finished his film and returned home.

In the winter, as a rule, everything is asleep. But it isn’t our style! Start of the year was the beginning of an endless, as it seemed, number of repetitions, honing of gymnastic forms in general preparation for the 3rd tour with the “Lords of Shadow” show.

3rd tour. Everybody got used to the bus. And the bumps on the roads are not an objectionable topic. Each city – almost native. Native walls, theater workers are no longer just “workers”, but old friends. In all cities we have marked favorite places. Even in hotels we didn’t ask for the password from the WI-FI.

After short rest in April – 4th Ukrainian tour. We visited the cities we have never been before, in general, at the eastern part of Ukraine. For obvious reasons, we could not have visited them earlier. We took a small documentary film about the theater. And in some cities, we have been met with loaf. What a great pleasure.

After a busy summer, everybody wanted to have a rest. Short holidays, Atlas weekend for heating, and the most interesting thing! This summer was the main period of preparations for the new large and innovative show.

Autumn began with good deeds. The campaign “Red noses” is known all around the world, for it’s helping to children with a cancer disease, and it’s held in Ukraine. Beyond that, the great, and most importantly, the final tour with the “Lords of Shadow” show.

The end of the year. Well, conclusions made up, we can start a new phase. The last 2 years, and especially 2016 were exciting and very interesting. But this does not mean that it is an ability to stop, the TEULIS team not even going to. The beauty of the holyday, which we call the “New Year”, is in fact, that we all look forward to changes. But the rash to think that they will come by their self. We wish you all a successful year, the implementation of your goals and, most importantly, dreams, coming true!